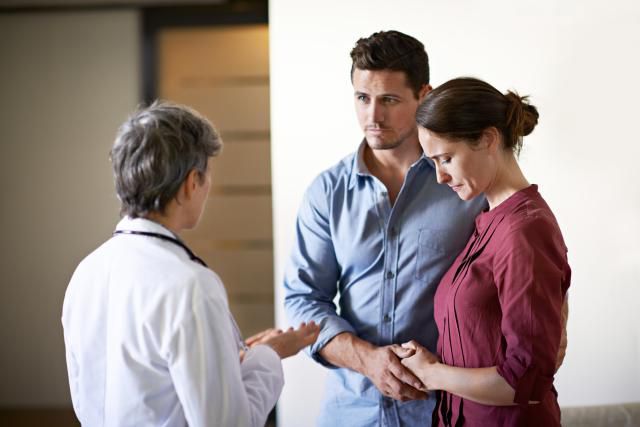 What Are The Common Reasons For Miscarriage?

In simple terms, a miscarriage is the unexpected loss of a pregnancy before it reaches maturity. Miscarriage occurs when the fetus stops developing in

In simple terms, a miscarriage is the unexpected loss of a pregnancy before it reaches maturity. Miscarriage occurs when the fetus stops developing in the womb or is pushed out by the uterus before the 24-week mark.

A miscarriage occurs in one out of every seven pregnancies. As a result, miscarriages are quite prevalent during the first three months.

Miscarriage signs and symptoms include vaginal bleeding, cramps, and severe stomachache. If any such symptoms occur, immediately visit the best gynecologist in Sonipat.

It is a frequent misconception that a miscarriage occurs because of a woman’s inability to eat, work, or travel. However, the following are some of the causes:

Male and female gametes are not all the same. The pregnancy that results from these aberrant gametes will not be typical. When these miscarried fetuses were examined scientifically, it was discovered that they were genetically aberrant. As a result, Mother Nature has chosen to reject and prevent these pregnancies from developing further.

Miscarriage can happen due to uncontrolled diabetes, thyroid problems, or a high-grade fever in early pregnancy. As a result, it is a good idea to get your health evaluated at the trusted hospital in Sonipat, before planning a pregnancy. Obesity has also been related to a higher risk of miscarriage.

A few research have shown that folic acid deficiency is linked to an increased risk of early miscarriage. Pregnant women and those wanting to conceive are advised to take vitamin supplements by the best gynecologist in Sonipat.

Miscarriages can occur due to viral infections such as toxoplasmosis, herpes, and rubella. Before planning a pregnancy, it is a good idea to get the rubella vaccine. Other bacterial diseases, such as urinary tract infections, can also cause miscarriages.

Hormone deficiency such as progesterone deficiency might result in an early miscarriage. Pregnancy achieved after infertility treatment is given such medication to improve hormones.

The mouth of the uterus remains closed during the nine months of pregnancy and opens up during delivery. While in some cases, the uterus mouth opens up at a very early stage that might lead to miscarriage in the second trimester only.

Miscarriages are more common in twins and triplets as compared to single pregnancies.

Some women have uteri that are shaped abnormally, such as a Bicornuate uterus. A septum is present or developing in some uteri. Miscarriages may occur as a result of these abnormalities.

The fetus does not develop in this case, which is an uncommon problem. If a woman with vesicular moles experiences intermittent bleeding, she should see an expert gynecologist/obstetrician at the hospital in Sonipat, to get done a sonography test. In such a case, a surgical procedure will get conduct to remove the abnormal pregnancy tissue.

The immune system produces tiny clots in the placenta by accident, resulting in abnormal or inadequate blood flow to the fetus. These are complicated conditions that may result in several miscarriages.

Smoking, drug usage, starvation, excessive coffee, and radiation (or hazardous chemical exposures) are examples of bad habits that are more likely to cause miscarriages in women.

The majority of women who miscarry have no evident risk factors, and many women who do have several risk factors go on to have successful pregnancies and birth healthy infants.

Always keep in mind that miscarriage can be avoided to a significant extent. One of the most important measures is to get as healthy as possible before conceiving is to establish a healthy environment for conception.

Most importantly, before becoming a mother, get the advice of the best gynecologist in Sonipat to ensure a healthy pregnancy.