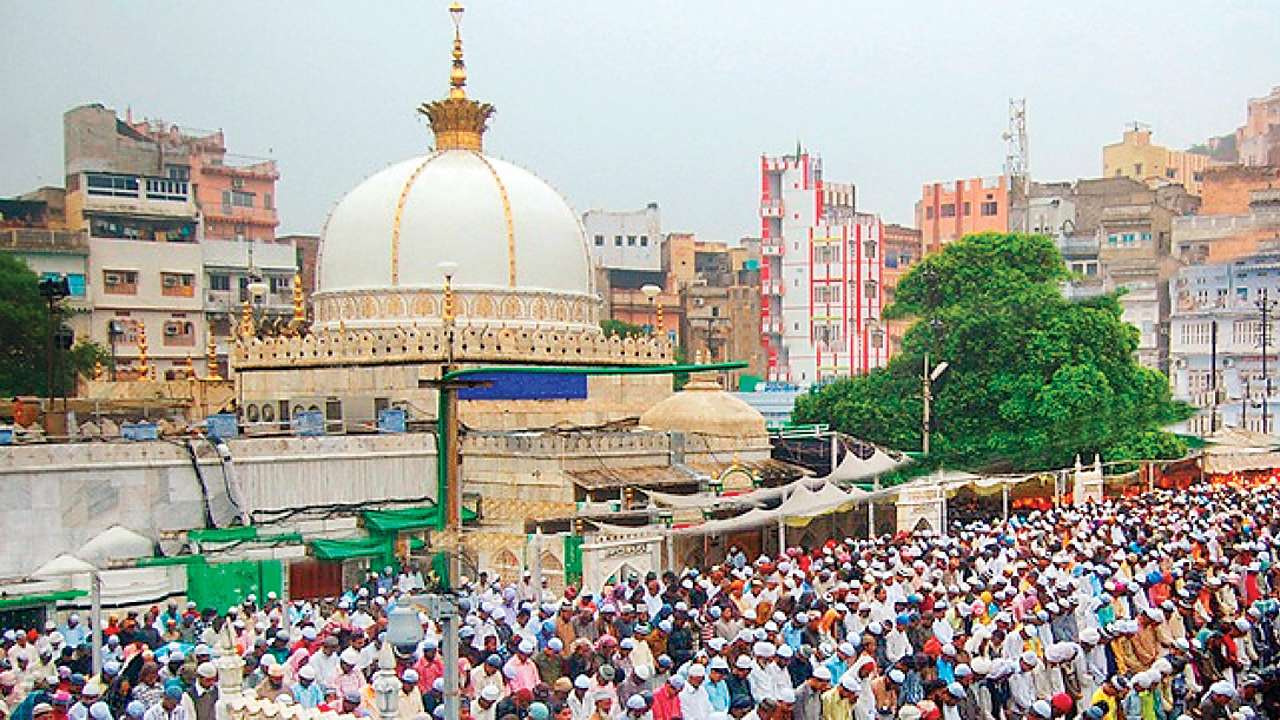 The secular city of Rajasthan, Ajmer was originally called Ajaymeru or the invincible hill located in the south west of Jaipur in Rajasthan. This city

The secular city of Rajasthan, Ajmer was originally called Ajaymeru or the invincible hill located in the south west of Jaipur in Rajasthan. This city was founded by the King Ajay Pal Chauhan in the 7th century. It is among the most respected holy places for both Muslims and Hindus because of the mausoleum (popularly known as Dargah Sharif) of the Sufi saint Khawaja Moinuddin Chishti. It is a beautiful city surrounded by the magnificent mountains of the Aravalli. This place is also famous for its silver jewelry and handicraft items. Tourist must do sightseeing in Ajmer and Pushkar from Jaipur and also they must buy silver jewelry and handicraft item. Must know the history of Ajmer city.

The Dargah Khwaja Moin-ud-din Chisti is located at the foot of the Taragarh hill in Ajmer. It is known as Ajmer Dargah Sharif. It is the last place where Saint Khawaja Moinuddin Chishti had rest. This marble dome shrine is one of the most important shrines for Muslims and receives many tourists from different religions from around the world. According to legend, the Mughal Emperor Akbar came here in the sixteenth century to offer prayers to the crown prince and Saint forced him to his son. This shrine consists of several white marble buildings arranged around 2 courtyards. These courtyards are known for their calligraphy, fine sculptures, and detailed trellis. The huge gate of this mausoleum was donated by the Nizam of Hyderabad. Lots of disheartened spirit comes to this place to look for the blessings of the saint. On Thursday and Friday, convoys inundate the Qawwali at the Dargah. In May, the annual Urs festival, or pilgrimages to religious people, are celebrated here with great skill and enthusiasm that attracts millions of worshipers from around the world.

According to Hindu mythology, the creator of the universe, Lord Brahma created this city 23 KM from Ajmer. This place is famous for the Pushkar Lake, the 14th century Brahma temple and the annual Pushkar camel fair. Pushkar is one of the country’s most colorful cattle exhibitions, attracting tourists from around the world. This is the largest exhibition in Rajasthan which takes place in November.

Ajmer and Pushkar is a very popular destination after Jaipur sightseeing by car.