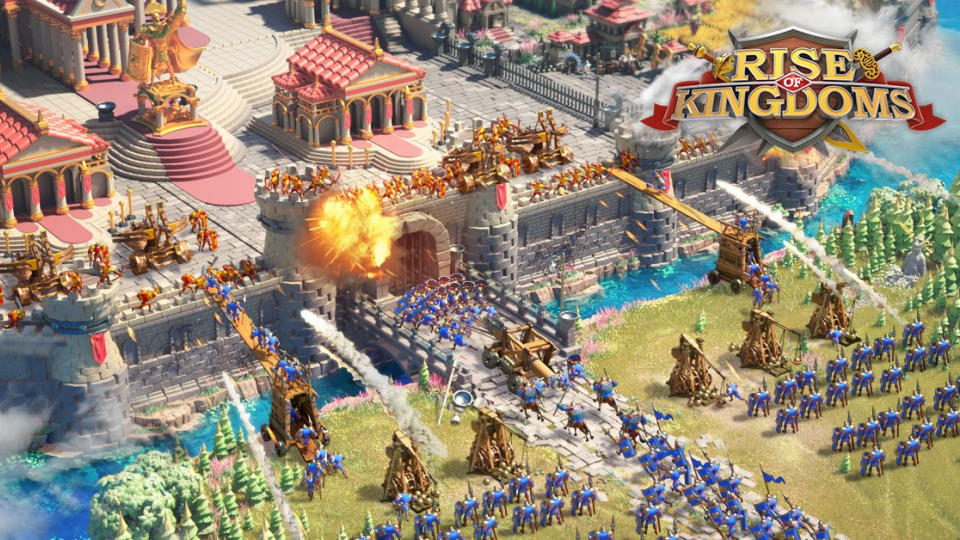 If you are new to Rise of Kingdoms and wonder which best civilizations to begin with. Then you have come to the right spot because in this guide, I am

If you are new to Rise of Kingdoms and wonder which best civilizations to begin with. Then you have come to the right spot because in this guide, I am going to show you how to pick the best civilization to play right now.

Rise of Kingdoms is the biggest and most popular real-time strategy mobile app on both iOS and Android. It has been downloaded more than hundred millions. A lot of players plays it because Rise of Kingdoms have so much to offer, but one thing I can bet you on this: they don’t know which is the best civilizations to play with.

In fact, there’s only three civilizations that’s worth playing if you are looking in the long term. These top 3 best civilizations are:

I will explain to you further in details how to pick these best civilizations to tailor specifically to your gameplay and strategy.

How to Pick Best Rise of Kingdoms Civilizations

We carefully pick the best Rise of Kingdoms Civilizations based on the following criteria:

Arabia is one of the most popular starting civilization in Rise of Kingdoms. Their starting commander is Baibars who excels at commanding cavalry troops. This means he excels at mobility and can deliver devastating blows to your opponents.

His active skill is called “Sandstorm” which hits up to 5 targets and slows them down. This allows him to effectively control your enemies. Arabia’s unique unit is Mamluk who deals the most damage out of all.

Arabia traits comes with 5% cavalry attack bonus, increased damage towards barbarians and increased damage when commandeering rally armies. To sum it up, Arabia is a powerful civilization for both PvE and PvP battles, especially in late games.

The second most popular civilization is Germany. Although, their starting commander is Hermann who specializes in commanding archer troops. One of the main reason why Germany is so popular to play in Rise of Kingdoms is because of their traits.

In fact, your cavalry gains 5% attack bonus, your troops get trained 5% faster and you recover action points 10% faster. This means you can attack barbarians more often, especially when it comes to farming barbarian forts for big rewards like Book of Covenants.

Germany’s unique unit is Teutonic Knight who comes with high defense value. Pair any peacekeeping commanders like Aethelflaed, Belisarius, or Boudica to maximize your experience gain and number of times you can dispatch rallying armies against barbarian forts for events and rewards.

Lastly, Spain is another popular civilization in Rise of Kingdoms. While they don’t come with strong damage traits, Spain is great for progression and in late game due to their increased resource production. As a Spain player, you gain 20% resource boost.

Which is really helpful for your high-level resource buildings. Your cavalry troops also gain 5% defense that makes it harder for the enemies to kill them. Likewise, Spain’s starting commander is Pelagius who excels at defending your city against enemy invaders.

Not to forget to mention that you earn 10% experience bonus whenever you win the battle against barbarians and barbarian forts. Pair peacekeeping commanders like Lohar for example with Pelagius to level up faster.

That’s all folks, now you know which civilizations to start playing with in Rise of Kingdoms. Take advantage of these tips to maximize your combat effectiveness. If you are looking for more guides and tips, this Rise of Kingdoms guides is the biggest site on the Internet and covers extensively on commanders, civilizations, events, secret tricks and even advanced tips.